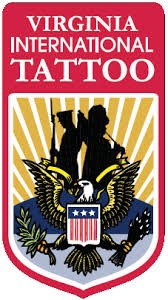 The Call Of The Trumpets, The Beat Of The Drums, The Pipes … The Mighty Sounds of THE VIRGINIA INTERNATIONAL TATTOO FESTIVAL!

A centuries-old Scottish tradition with a 21st century American soul, The Tattoo will thrill with MUSIC, MAJESTY and MIGHT!

An extraordinary cast of performers from around the world, including all-time favorites like “The Band of His Majesty: The Kings’ Guard” from Norway, the Swiss drum corps “Top Secret”, and the United States “Quantico Marine Corps Band”, along with first time performers from France, UK and the Far East…just to name a few!

A PATRIOTIC DISPLAY OF MILITARY SPLENDOR!! 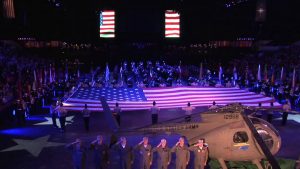 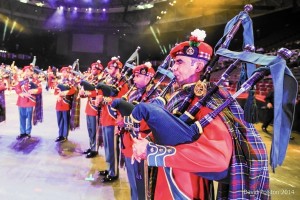 The term “tattoo” derives from the cries of the 17th and 18th century Dutch innkeepers, who, as the fifes and drums of the local regiment signaled that it was time to return to quarters, would cry “Doe den tap toe!” (meaning “turn off the taps!).  The sound of the “taps” caused the innkeeper’s customers to depart and return to their barracks.  The word “tattoo” evolved over time, and today refers to what developed as a ceremonial performance of military music by massed bands.

It is the largest show of its kind in the United States, involving a cast of over 800 artists from many different countries, and has over 28,000 people attending every year!  The Virginia International Tattoo has been elected as one of seven “founding members” of the International Association of Tattoo Organizers (IATO).

While The Tattoo Is The Main Attraction, The Entertainment & Fun Doesn’t Stop There! 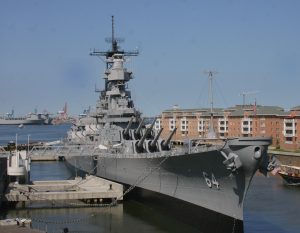 From the Scope Arena to the USS Battleship Wisconsin, Nauticus, the Douglas MacArthur Memorial, to a guided tour of Naval Station Norfolk to the Victory Rover Harbor Cruise & Fort Monroe (Freedom’s Fortress), we’ll take in many historical and military points of interest in this exciting itinerary!

All this while leaving time to grab an ice cream treat at Doumar’s Ice Cream … Home of the Waffle Cone!

Itinerary subject to change.  Journease Travel is not responsible for change in performance line-up or itinerary changes deemed necessary.